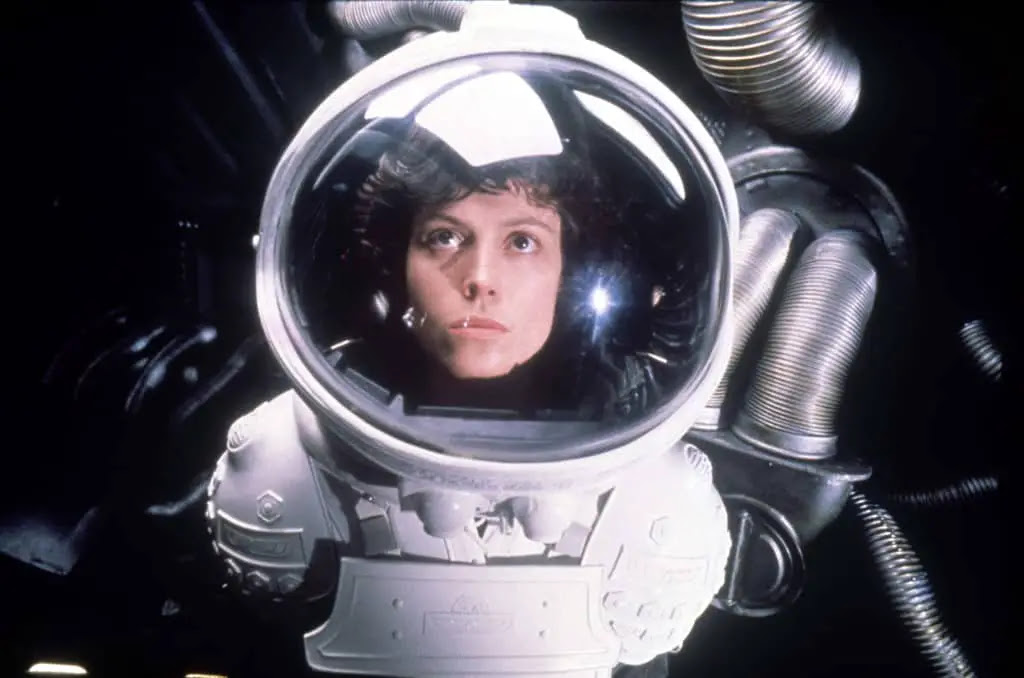 Alien Critics Round Up (Ongoing Archive)

Brooks, Xan. "The First Action Heroine: It is 30 years since Ridley Scott's Alien burst on to cinema screens and introduced us to Ellen Ripley, chestbursters and body horror." The Guardian (October 12, 2009)

Koski, Genevieve, et al. "Alien (1979) / Life (2017), Part 1." The Next Picture Show #70 (April 4, 2017) ["The new LIFE has come in for some pointed comparisons to Ridley Scott’s ALIEN, which seems like as good an excuse as any to revisit the unimpeachable 1979 space thriller. In this half of the conversation, we marvel at how a film so narratively economical can be so deliberately paced, and still manage to induce scares after multiple viewings."]

---. "Alien (1979) / Life (2017), Part 2." The Next Picture Show #71 (April 6, 2017) ["It’s perhaps unfair to compare the uninspiring new LIFE with the genre-defining ALIEN, but we do it anyway in this half of our discussion of how the Ridley Scott classic (and GRAVITY) informed Daniel Espinosa’s halfhearted homage. After wrestling with our apathy toward the newer movie, we compare the two films’ extraterrestrial baddies, their effects, and their use of space, both outer and inner. "]

McKenna, Juliet, et al. "Fight Scenes and Women Warriors." Breaking the Glass Slipper 2.8 (April 13, 2017) ["As Kameron Hurley discusses in her Hugo Award-winning article, ‘We Have Always Fought‘, women have always fought. So why don’t we see more women warriors in science fiction and fantasy novels? History is full of women on battlefields and in brawls, even if the history books might gloss over it. Remember: much of the history we hold as the gold standard was written by men who were reinforcing the social structures they created. When it comes to fight scenes, there’s already enough to think about without worrying about gender representation (and no, that’s not an excuse…). A well-written fight scene is a rare gem. We talk to writer and martial artist Juliet McKenna about the common mistakes writers make when writing fight scenes, from grand military battles to a pub fight, we talk weapons, fight styles, point of view, and more. What makes a fight scene interesting? How much detail is too much? And it wouldn’t be an episode of Breaking the Glass Slipper without us championing some of our favourite examples of great women warriors in SFFH."]