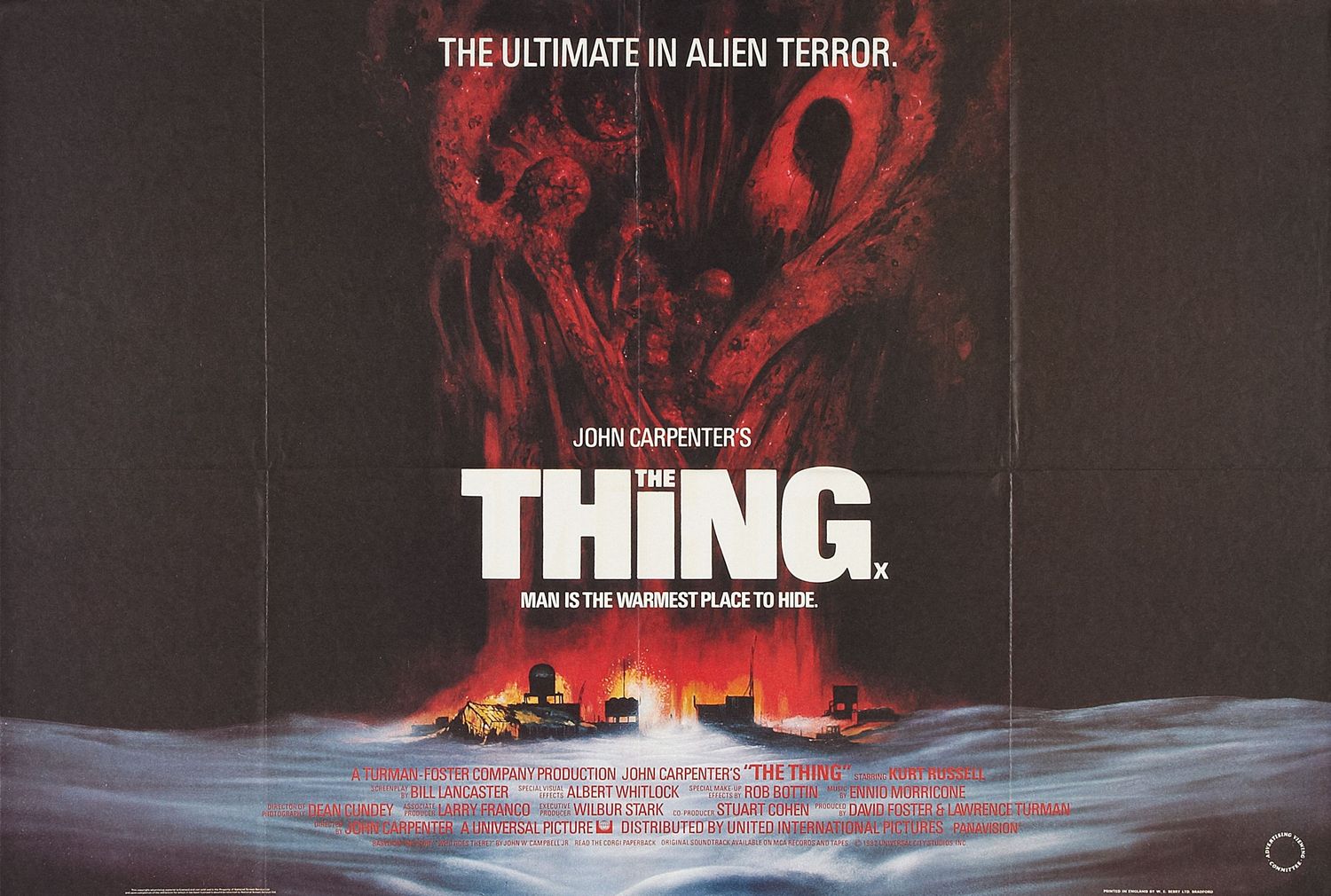 Lyttelton, Oliver. "5 Things You Might Not Know About John Carpenter's The Thing." The Playlist (June 25, 2012)

Pridham, Matthew. "Underneath the Skin: John Carpenter’s The Thing and You." Weird Fiction Review (March 25, 2012)

Subisatti, Andrea and Alexander West. "In Plain Sight: The Thing." Faculty of Horror #59 (February 25, 2018) ["John Carpenter’s terrifying cult classic stands the test of time in many regards – from the practical effects, to the performances to the storytelling, there’s little about the film that doesn’t work. Andrea and Alex tackle the film and its stances on leadership, paranoia, the notion of discovery, and more over a bottle of Jim Beam."]