Brand, Scott. "Aftermath: A Few Thoughts on The World’s End as Imagined by Simon Pegg and Edgar Wright." Sequart (February 25, 2016)

The World's End Critics Round Up (Ongoing Archive)

Posted by Michael at 2:50 PM No comments:

"Like a 21st-century Showgirls meets Suspiria, Nicolas Winding Refn’s delirious plunge into the fake plastic horror of the image-obsessed fashion industry trafficks in both high-camp excess and kaleidoscopically stylized splatter. Elle Fanning is the guileless recent L.A. transplant whose fresh-faced youth and beauty almost instantly land her a high-profile modeling contract. Whatever “it” is, she has it. And a coterie of monstrously jealous, flavor-of-last-month Hollyweird burnouts will stop at nothing to get it. Working in a supersaturated, electric day-glo palette, Braier fashions a sleek, freaky-seductive vision of L.A.’s dark side." - The Female Gaze (2018)
The Neon Demon (France/USA/Denmark: Nicholas Refn Winding, 2016: 110 mins)

Koski, Genevieve, et al. "The Neon Demon/Suspiria, Pt. 1." The Next Picture Show #35 (July 12, 2016) ["Nicholas Winding Refn’s new THE NEON DEMON inspired us to look back at another tale of female rivalry that plays out in lurid colors and more than a little violence: Dario Argento’s classic 1977 horror movie SUSPIRIA. In this half, we explore the specific, lurid style in which Argento works, and consider how it functions as both cinema and horror. "]

---. "The Neon Demon/Suspiria, Pt. 2." The Next Picture Show #36 (July 14, 2016) ["We move our conversation of Dario Argento's 1977 film SUSPIRIA to Nicholas Winding Refn’s THE NEON DEMON, which works as a contemporary companion piece. In this half, we talk over the two films' respective uses of color, violence, and female competition."]

Martinez, Cliff. "Neon Demon." The Treatment (June 8, 2016) ["Cliff Martinez has strong roots in rock music, having begun his career as the drummer of Red Hot Chili Peppers. But, after reflecting on his love for the soundtrack of A Fistful of Dollars, Martinez broadened his musical scope as film composer behind scores for such films and television series as Spring Breakers, Sex, Lies and Videotape and The Knick. He joins Elvis Mitchell to discuss his personal music history and the thought process behind his latest musical work on Neon Demon."]

The Neon Demon Critics Round Up (Ongoing Archive)

The Stories We Tell: Ways of Seeing/Perceiving 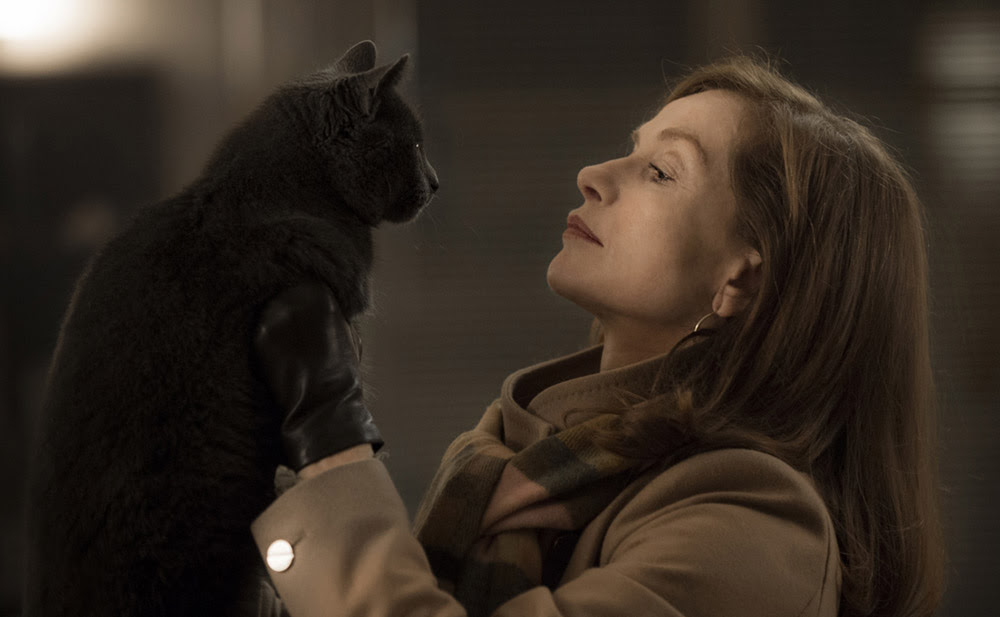 
Barton-Fumo, Margaret. "Paul Verhoeven." The Film Comment (November 15, 2016) ["What are the uncanny forces at work behind Paul Verhoeven’s visceral and transgressive cinema? In anticipation of the Film Society’s complete retrospective of the Dutch master’s films and the U.S. release of Elle, this episode offers a comprehensive discussion of the director’s audacious and eclectic career encompassing art-house Dutch films (Turkish Delight [1971], Spetters [1980]) and big-budget Hollywood productions such as Basic Instinct (1992), Total Recall (1990) and Starship Troopers (1997). In the first part of the podcast, Film Comment Digital Editor Violet Lucca sits down with a panel of Verhoeven connoisseurs, including Cinema Scope critic Adam Nayman, Film Comment Deep Cuts columnist Margaret Barton-Fumo (also the editor of a forthcoming book of interviews with Verhoeven), and Fort Buchanan director Benjamin Crotty, to tackle the controversy that lies at the core of Verhoeven’s work. In the final part of the episode, Margaret Barton-Fumo speaks to Verhoeven about the uncomfortable eroticism that pervades Elle and his Brechtian influences."]


Deighan, Samm and Kat Ellinger. "Sex Without Shame: The Telephone Book (1971) and Elle (2016)." Daughters of Darkness #27 (March 19, 2018) ["Kat and Samm return from a lengthy hiatus with this personal, boisterous episode that explores desire, consent, and sexuality by comparing two very different films: Nelson Lyon’s forgotten erotic classic, The Telephone Book (1971), and Paul Verhoeven’s challenging rape-revenge drama, Elle (2016). Made early in the porno chic period, before mainstream titles like Deep Throat (1972), The Telephone Book follows a young woman who becomes the target of an obscene caller. Instead of feeling victimized, she’s excited by the encounter and goes on a ribald odyssey through New York City to find her loquacious love. And though Elle’s approach is quite different, Kat and Samm discuss how it serves as an important counter example to the idea that such films can’t be made in recent years. Marking Verhoeven’s return to filmmaking in a decade, Elle stars the great Isabelle Huppert as Michele Leblanc, an unconventional business executive who is raped in her home by a masked attacker. Refusing to see herself as a victim, Michele becomes determined to learn her rapist’s identity and uncover his potential motivations. Hovering somewhere between domestic drama, rape revenge film, and black comedy, Elle explores complicated notions of power, consent, and intimacy."]

Elle Critics Round Up (Ongoing Archive)

Erbland, Kate. " Elle: Isabelle Huppert on Why Her Controversial Film About Rape Is ‘Post-Feminist.'" IndieWire (October 14, 2016)

---. "Paul Verhoeven’s Elle (Cannes 2016): 'The glee with which Verhoeven and Huppert openly defy any concession to cultural correctness is breathtaking.'" Keyframe (May 21, 2016)

Righetti, Jamie. " Post-Feminist Power: How Isabelle Huppert And Others Are Giving Us a New Kind of Movie Hero." IndieWire (November 8, 2016)

Stevens, Dana. "Elle: Paul Verhoeven’s unsettling latest is a black comedy about systemic misogyny, a rape whodunit, and so much more." Slate (November 11, 2016)