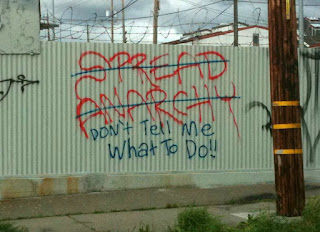 As citizens of a globalized world it is imperative that we develop a broader awareness of key issues. A quick exercise: Ask yourself: in how many countries are Americans currently engaged in active military missions? Or, how many American military bases are there around the world? Or, how many corporations control 85 - 90% of the world’s media that informs us about these issues? (Answers: 80 countries in 2017 - 2018, approximately 40% of the world; approximately 800 military bases in 70 countries; estimates vary of 5 to 6 media giants controlling app. 80% of the world's media and this is further problematized by the rapid spread and variation of new media). Some people would be surprised by this information regarding America’s "national security corporate complex" and the filters in the corporate media that ensure most American citizens remain unaware of the extent of our imperialism. How many of us could discuss in depth why we are fighting in these countries, or what are the democratic implications of media consolidation. Even worse, how many could explain the connection between American imperialist wars and corporate media consolidation?

The work of propaganda

Because we are ostensibly a democracy, whose citizens potentially have the world’s information at their fingertips, powerful interests work to ensure that we are the most propagandized society. Propaganda can work to purposely distort reality through targeted misinformation, but it also operates to distract through endless entertainments and disillusion through aggressively disruptive white noise chatter. It doesn’t matter how much knowledge is available to us if we remain blind to the possibilities of critical thinking and active resistance. This is not a hyperbolic conspiracy theory; it is just common sense that those who benefit the most from the current socio-political structure will work to reproduce the status quo and keep those who are not benefiting, who are even suffering, from recognizing their predicament. One important way in which propaganda works in a democratic society is to keep us blissfully entertained and distracted while indoctrinating us into an official narrative. This can be most clearly seen in the Pentagon and CIA directed support, funding and vetting of a range of TV Shows and films that follow a narrow and manipulative action entertainment narrative about American wars abroad while conditioning Americans to accept abhorrent and anti-democratic practices, such as torture. Three prominent examples are the TV show 24 (2001 - 2010) and the films Zero Dark Thirty (2012) and American Sniper (2014), all of which turned torture and assassinations into entertainments designed to reinforce a complacent American public's belief in the necessity of these acts of state terror.

Furthermore, in each successive drive to war or state sponsored sanctions against countries that do not play ball with American corporate interests, we see the same official government or corporate media experts, many with connections to private industries profiting off American wars, acting as “expert” talking heads on network and cable TV shows weighing in on whether America should invade or target a country. As David Barstow in The New York Times (April 20, 2008) states: “To the public, these men are members of a familiar fraternity, presented tens of thousands of times on television and radio as ‘military analysts’ whose long service has equipped them to give authoritative and unfettered judgments about the most pressing issues of the post-9/11 world.” These experts are presented as objective, but they are clearly a part of a corporate/pentagon and presidential agenda to generate favorable coverage for war and intervention agendas. The public, and often the networks, do not understand these “experts” connections to the current administration and the military-industrial complex.

Meanwhile globally recognized experts on American political issues that raise critical questions about American foreign and domestic policies are marginalized or attacked in the corporate media. Noam Chomsky, one of the most important and globally celebrated political analysts is completely missing from corporate media. Glenn Greenwald, a former constitutional lawyer and national security analyst, is regularly attacked and dismissed because of his fierce criticisms of policy decisions regardless of which party is in power. The perceived problem isn't that he has a critical voice, it is instead that he critiques power in a systematic manner and calls about abuses no matter the politics of the offenders. In fact, polarized party politics and their media watchdogs have made it the ultimate sin for a conscious critic to stick to a focused critique of an important issue no matter who is in power. Many other important voices in the independent media and from around the world (the remaining 15% of media) are regularly ignored in the corporate media which informs the majority of American citizens. This stifling of critical questioning of the world-as-it-is and broad-based fearmongering seeks to reinforce our fealty to the dominant power structure. Knee-jerk patriotism and in-group bias in reality-show America is not simply a denial of critical thinking, it is also a targeted attempt to erase the realities of the marginalized (culturally, economically, geographically and socially). There have been many studies that have noted how heavy media consumption makes us much more afraid of the world outside because of the distorted realities of both news shows and repetitive entertainments that focus on a law and enforcement mentality as the only hope in a violent and chaotic world. This has only increased in a search algorithm and social media age that isolates unaware users in filter bubbles that situate them like betta fish in their tiny fishbowl staring out and viewing any other nearby betta fish as an enemy. The hatred and distrust resulting from these isolating and anxiety-inducing processes often most affects marginal populations, because the mainstream corporate culture mostly reflects the limited desires and fears of the dominant culture, which in turn, labels or targets those perceived as the "other."

These filter bubbles enhance and distort already present prejudices and stereotypes, as was
seen in the recent exposure of racist, misogynistic and dehumanizing comments on the secret,
feedback-loop, Border Patrol Facebook group 10-15. In this group, before it’s exposure to the public-at-large, members spread racist and misogynist thoughts without fear of condemnation, heightening a culture of hate and mistrust in regards to marginalized communities. Because of the reality of their situation, minoritized communities often more clearly recognize the cognitive dissonance of dominant narratives about freedom and equality for all. Thus, their perspectives are a necessary part of a full understanding of America and the world. We must recognize that the dismissal of minoritized voices serves those in power and harms those that need to address social inequities. So, in an era of so-called fake news, troll farms, sock puppets, media consolidation, polarized politics/tribalism, perception management, spin-doctors, targeted advertising, corporate astroturfing, social engineering, inconspicuous consumption, class conflict, perpetual war, inverted totalitarianism, social media isolation, indentured politicians, algorithmic decision-making, leadership tweets, hate speech, corporate dominance, disinformation campaigns, commercialization of childhood, celebrity worship, memory holes, technocratic education, historical amnesia, gangster capitalism, and all-out psychological warfare: How do we think clearly and critically about the world?

There are many pathways to take; sometimes we can become overwhelmed by the many options available to us, or the immensity of understanding the full context of current social trends, viral cultural phenomenons, or contentious political events. It is like staring at a newly opened puzzle: we see pieces scattered across a table, random parts detached and disconnected from the larger coherent picture. It can seem overwhelming and impossible at first, even when you have a reproduction telling you what the larger picture looks like. But slowly you pick up a piece, get a sense of its configuration, and imagine how it may connect to another piece. Some pieces don’t immediately work and you set them aside for a moment to take a look at newer pieces. Sets or groupings eventually emerge, and you match those together until you have larger sections. Suddenly, surprisingly, the pieces take shape as a whole image. Puzzle-solving is always aided through collaboration with others; as more eyes look with fresh perspectives, more pieces of the puzzle come into focus.

My intent, here is to encourage Ideological Becoming, to recognize that we are always in a process of becoming aware. In doing so, to start pointing out some of the larger groupings of pieces that make up our cultural puzzle. To seek out vital historical moments, social movements, political activists, challenging thinkers, and unique artists, that can help us to see world anew (or even askew). Always with an eye towards “what if" questioning and challenging rethinking of common assumptions about our world. Once again, I have the opportunity to research a range of important issues because of my profession, it is my intent and hope to share what I learn freely.

I’m hoping in the process others will join in to discuss these topics. Following the Russian writer Mikhail Bakhtin, I believe that “Truth is not born nor is it found inside the head of an individual person; it is born between people collectively searching for the truth, in the process of their dialogic interaction.”

A final note: I have named this Ideological Becoming in recognition of the lifelong process of learning and thinking about the world. I do not view the self as static, as that is a form of intellectual death, instead the critical thinker is constantly becoming ideological through engaged-respectful dialogue with others and thoughtful revision of our foundational beliefs as we learn more about the world.
Posted by Michael at 1:16 PM