Appen, Joe Van and Erik McClanahan. "Preserving Theatrical Experience, Poly-Genre Films Personal Shopper & Raw." Adjust Your Tracking (March 17, 2017)
Doherty, Caitlin. "Enter: Monsters." New Left Review (January 28, 2022) ["In an introduction to Frankenstein, written for a new edition of the work in 1831, Mary Shelley recounted a question she had been asked frequently in the thirteen years since the novel’s publication: how had she, ‘then a young girl, come to think and to dilate upon so very hideous an idea?’ A prying concern permeates the query, as if the monstrosity of the work’s content must indicate perverse conditions of production, some titillating mistreatment inflicted on the nineteen-year-old Shelley that could justify the creation of a new category of monster. For Julia Ducournau, director of the Palme D’Or-winning Titane (2021), the fallacy of the question would be obvious. No backstory is necessary: to be a young girl is monstrous inspiration enough."]

Ducournau, Julia, Garance Marillier and Agnès Varda. "Agnès Varda and Raw." The Close-Up #127 (March 16, 2017) ["In conjunction with this year’s festival, French Insitute Alliance Française celebrated the career of Agnès Varda with screenings and exhibitions paying tribute to her perpetually influential and inventive work across many disciplines. Varda stopped by the Film Society for a special talk in our amphitheater, moderated by critic Melissa Anderson. Julia Ducournau’s shocking Raw has been described as a “coming-of-age cannibalism film.” It was the one of the most buzzed-about films at last year’s Cannes."] 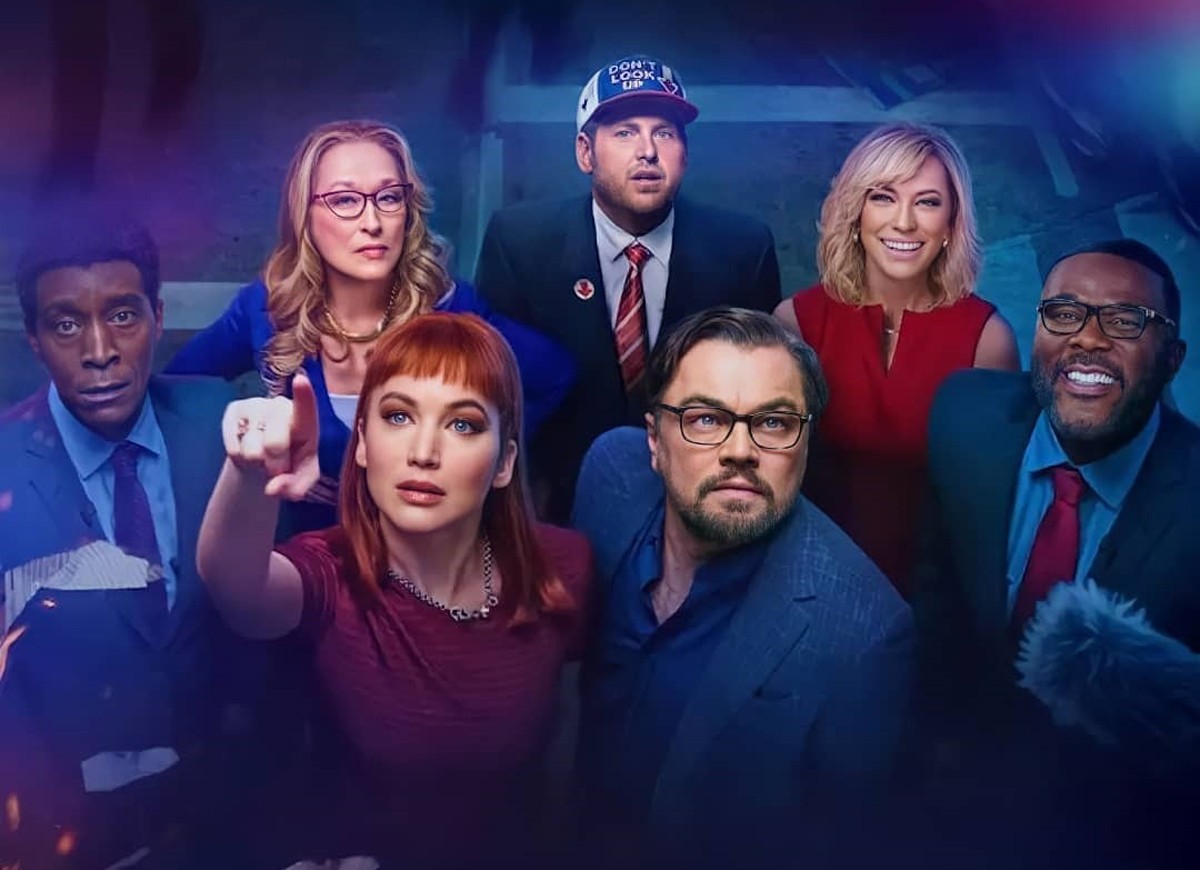 Gewertz, Daniel. "Don't Look Up - A Pitch-Dark Satire that Dares to be Impudently Pessimistic." The Arts Fuse (January 4, 2022) ["The knee-jerk, hateful reviews of Don’t Look Up possess comments so outsized, and so beside the point, that they bear a resemblance to the oblivious thinking of the movie’s anti-science ostriches."]

Gilbert, Sophie, et al. "Why Are People So Mad About Don’t Look Up?: Climate change is a tough subject for any film, let alone a satire." The Atlantic (January 14, 2022)

Grant, Catherine. "In the Nick of Time: On Cli-Fi and Ecocinema Film and Moving Image Studies." Film Studies for Free (June 7, 2022) ["Don’t Look Up (2021), a comedy about a comet on a collision course with Earth, is one of Netflix’s most-watched English-language films of all time. It sparked discussions around climate change and created a climate action platform that outlines what individuals can do against climate change. Netflix has also launched its Sustainability Collection in April 2022, with more than 170 films and series aimed at raising environmental awareness. “Entertain to Sustain” is the slogan behind the production and curation of this content and it goes hand in hand with Netflix’s Net Zero + Nature plan. But the question of what can be done, and what a movie or television series can achieve, has also led to criticism of Netflix’s greenwashing, emphasizing individual action and piecemeal corporate PR-heavy policies over politics. In our video essay “Climate Fictions, Dystopias, and Human Futures,” we take Don’t Look Up as a starting point to look back at the evolution of the concept of “cli-fi” (climate fiction) over more than a decade, reflect on shifting storytelling strategies of cli-fi films past, present, and future, and probe their possible impact -- from precursors such as Planet of the Apes (1968) and Soylent Green (1973) to the “classic” The Day after Tomorrow (2004) to recent variations on the cli-fi formula that break out of the white patriarchal mode like Fast Color (2018) and that incorporate lighter affects like Downsizing (2017). If cli-fi has a role to play in helping contemporary audiences imagine possible futures, part of its task will be to employ more diverse stories, characters, and settings. [JL and KL]"]

Like Stories of Old. "Don’t Look Up – A Problematic Metaphor For Climate Change?" (Posted on Youtube: January 26, 2022) [A video essay on Adam McKay’s film Don’t Look Up, includes discussion of the earlier films The Big Short and Vice, and a discussion of his innovative cinematic language.  Book & article sources: Bruno Latour - Facing Gaia: Eight Lectures on the New Climatic Regime; Timothy Morton - Hyperobjects: Philosophy and Ecology after the End of the World; Ulrich Beck - Risk Society: Towards a New Modernity; Ulrich Beck - The Metamorphosis of the World: How Climate Change is Transforming Our Concept of the World.]
Rich, B. Ruby. "Don't Look Up: Film's COVID Prospects." Filmmaker Quarterly 75.3 (Spring 2022): 5 - 11.
Sirota, David. "The Real Story of Don't Look Up." Vox (February 15, 2022)

Posted by Michael at 2:39 PM No comments: