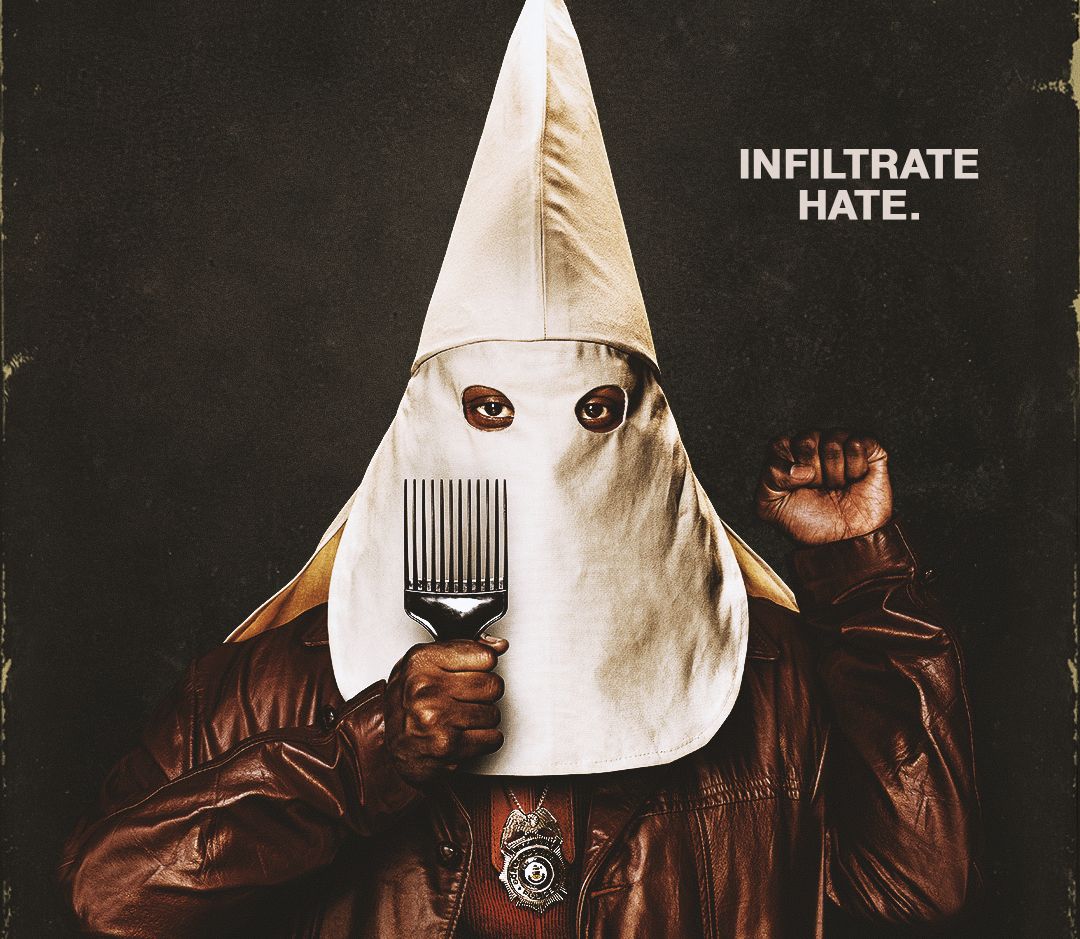 Abdurraqib, Hanif. "Blackklansman and the Art of Code Switching." Pacific Standard (August 20, 2018) ["Beyond tics in dialect, code-switching often requires a shift in ideology."]

Creech, Lydia and Andrew Swafford. "BlacKkKlansman (2018) by Spike Lee." Cinematary (August 13, 2018)
Enzo and Eve. "Wakanda Deferred." Hammer & Camera #16 (July 12, 2019) ["Enzo and Eve of the Marxist "propaganda circle" Unity & Struggle to discuss their article, "Black on Both Sides: Grappling with BLM in Movies", and to review the past year of Black cinema. Among the films discussed are Black Panther, Blackkklansman, Sorry to Bother You, Blindspotting, and Us."]

Kohn, Eric. "Spike Lee’s Secret Weapon For 30 Years: ‘BlacKkKlansman’ Composer Terence Blanchard." IndieWire (December 31, 2018)
Lee, Spike. "Blackkklansman." The Film Comment Podcast (August 1, 2018) ["Spike Lee’s BlacKkKlansman—a story about incredible events in America’s past that feel well-suited to our incredible present. “In a case where the events of history improve upon the fantasies of fiction, BlacKkKlansman, the latest Spike Lee joint, is based on the 2014 memoir written by Ron Stallworth, a black undercover police officer who infiltrated the Ku Klux Klan in 1979,” Teo Bugbee writes in her feature. “However, Lee does not get lost in the details of Stallworth’s life story, and BlacKkKlansman is no straight biopic. Instead, it follows the beats of a traditional cop movie, where a man of the law is torn between allegiances in his efforts to solve a case. In this regard, the film represents the latest chapter in the underrated career of Spike Lee, genre filmmaker.” For this episode, I joined Bugbee and Ashley Clark of BAMcinématek to discuss Lee’s wide-ranging, and chronically misunderstood, career."]

Lee, Spike and Lawrence O'Donnell. "On Blackkklansman." Film Comment Podcast (February 22, 2019) [" ... an extended conversation between Lee and Emmy Award–winning writer and television host Lawrence O’Donnell (The West Wing, MSNBC), followed by a screening of BlacKkKlansman, presented by Film Comment. In the course of the conversation, Lee discusses the genesis of BlacKkKlansman, how he chooses collaborators, and what it would mean to him to win an Oscar for the film. Nominated for six Academy Awards, including Best Director, BlacKkKlansman tells the story of Ron Stallworth (John David Washington), the first African-American detective to serve in the Colorado Springs Police Department, who bravely sets out on a dangerous mission to infiltrate and expose the Ku Klux Klan. In a feature on the film in the July-August 2018 issue of Film Comment, Teo Bugbee writes that, “BlacKkKlansman is no straight biopic. Instead, it follows the beats of a traditional cop movie, where a man of the law is torn between allegiances in his efforts to solve a case. In this regard, the film represents the latest chapter in the underrated career of Spike Lee, genre filmmaker.”"]

Seymour, Gene. "Taming the Savage White Man: The Western Mythos Remade in the Age of Trump." The Baffler #43 (February 2019)