But Toyota-ization too reached its limits. “Tokyo drift” describes a style of street racing where the cars are made to slide almost frictionlessly through corners, with the low impact grace of a tap dancer in a sandbox. It might just as well be a rubric for the Japanese economy of the ongoing “lost decade”—having avoided a massive economic crash, it is still unable to get back on track or restore profitability, and drifts endlessly through the long turn of late capitalism.

A consultation with reference materials suggests that Tokyo Drift was meant to be out of series and out of time; Fast Five, a less nimble film, takes place earlier. Looks like the present. So Han, a ghost of the Lost Decade, walks into a garage in the emerging economy of Brazil to take his place in the team assembled by Dom (Vin Diesel), who looks like a muscle car with legs, and Brian (Paul Walker), former federal agent. Our heroic band’s admixture of criminal and lawman is matched by the villains: the caper involves a crime lord who is also a political boss. All parties meet at money, obviously. The boss has $100 million socked away in a police station vault. Being street racers, our crew proposes to prise the vault forth from the station cabled to a couple of their vehicles, then flee through downtown Rio. But first they lay hands on an identical vault: a salute to the (remade) Ocean’s Eleven, where the team acquires a replica of the casino vault so as to practice their mechanics. In the event of it, eluding unencumbered pursuit while dragging an enormous steel oblong across pavement proves easier said than done. Call it Rio Friction, the very inverse of Tokyo Drift. Or call it Attack of the BRIC. Abandoning all hope of escape, Dom turns to use the vault as a weapon. Indeed, it has been functioning as such all along; the flight to safety, even before it becomes a demolition derby, has managed to obliterate considerable swaths of the world capital.

But what if we have been thinking of this all wrong, and the entire movie is just a pretext for something else altogether? It may be narrative idiocy of the first water—but it is, we must admit, the single best cinematic representation of the global financial crisis yet contrived, immeasurably better than Inside Job or Capitalism: A Love Story.

A weaponized concentration of capital seems to be dragged about by supermen; it is in fact dragging them around, laying waste to the world before it, destroying houses and urban centers and bodies as it races for safety—before recognizing that there is no safety and it should just turn violently on its pursuers in a festival of destruction.

In the textbook definition, capital is generally self-valorizing value; in a crisis it is inverted, and becomes self-annihilating value. The supermoney that seemed to run the world is revealed as “fictitious capital,” unrealized and finally unrealizable, but still in its auto-destruction capable of laying low the world around it. Which explains what would otherwise be the most intolerable plot device. In the end, it turns out that Dom and Brian have been hauling the fake vault through the city, while the actual box is spirited away, loot enclosed. As a scheme, it’s ludicrous. As a reading of crisis in the world system, it’s immaculate—as if Hollywood had come to an intimate knowledge of volume 3 of Capital without reading, simply by bathing in the current of world money—and should complete the contemporary genre. I am seriously considering renaming this column “The Marx and the Furious.”

Now that we no longer want for figurations of the financial crisis, we can turn to what comes next, if anything, and how one imagines the vectors and contexts of an adequate response. In this arena apocalyptic pictures continue to hold us captive. The signal version this season is Contagion—arriving as an updating of the 1970s disaster flick, and bearing with it some backdated ideas indeed.

To Read the Entire Essay 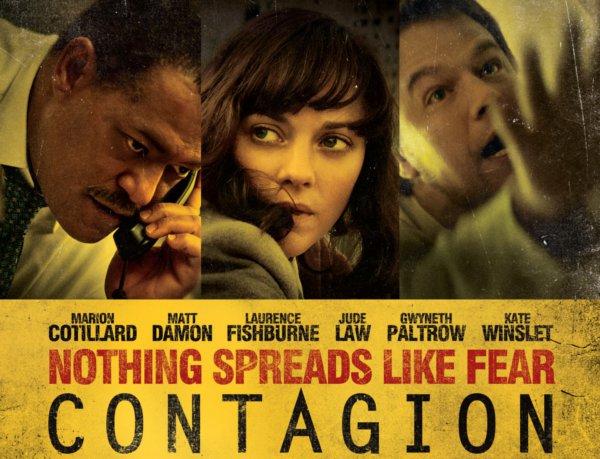