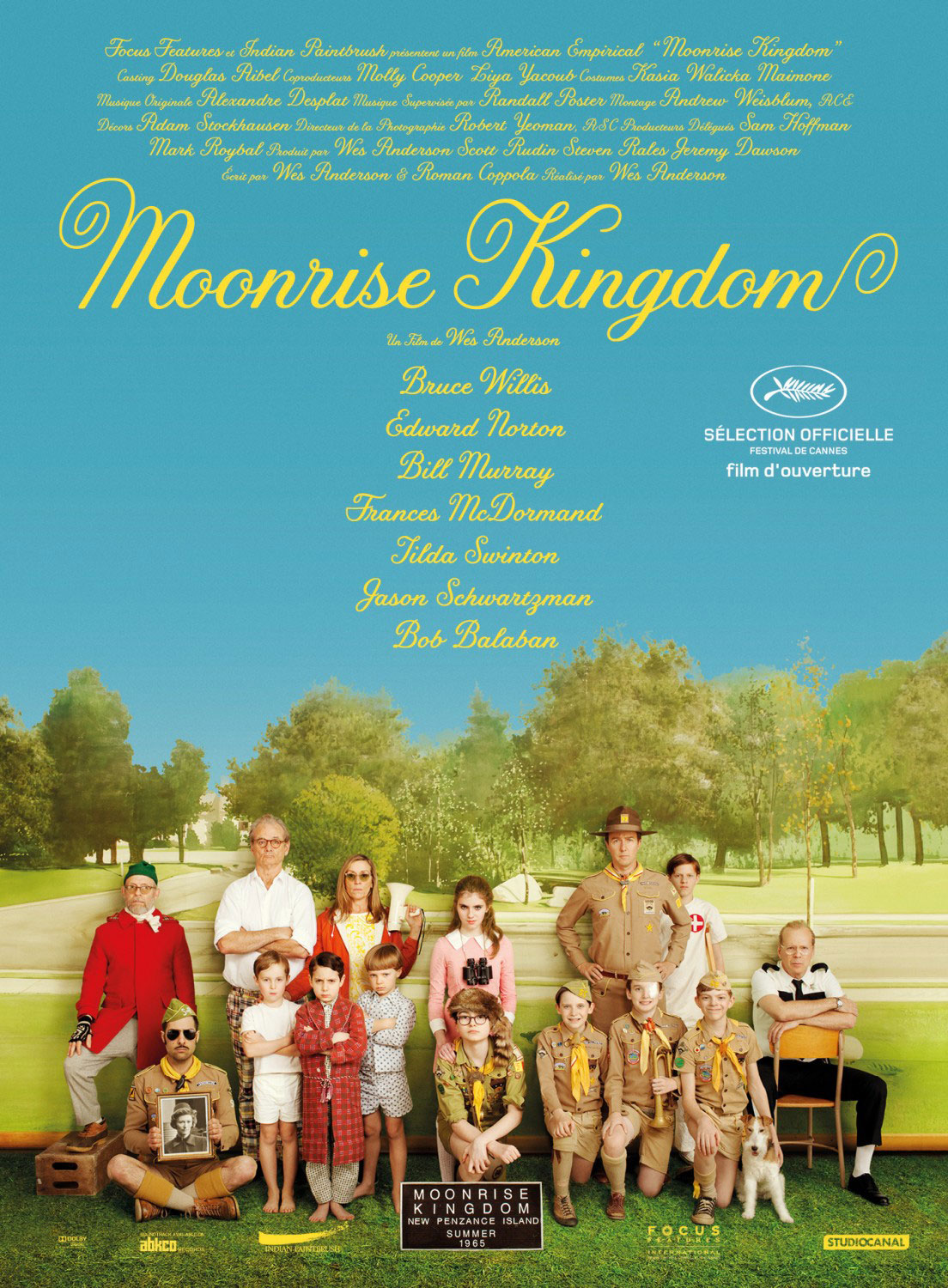 A gesamtkunstwerk or 'total art work' constructed from American folk and craft traditions much more than the classical arts, Wes Anderson's Moonrise Kingdom (2012), from an original screenplay by Anderson and Roman Coppola, builds its diegetic world of hobbyist watercolors and kitsch nautical prints, primary school literature and amateur theatrics, homemade costuming and mass-manufactured Davy Crockett coonskin, Protestant church architecture and stained glass, Hank Williams and children's records. Moonrise Kingdom, however, is also dominated by mid-century English composer Benjamin Britten, who provides the most conspicuous exception to the picture's cultivated, if still semi-fictionalized 'Americanness,' not to mention its clear preference for more popular lower forms. In fact, it is Britten's modernist art foremost that provides Anderson's film with its governing aesthetic principles and climactic subject matter.

As to the former, it is Britten, along with the name-checked Gilbert and Sullivan - Moonrise Kingdom largely is set on the fictional island of New Penzance - who offers a model for artistic synthesis in the operatic form that is presented in the in-film production of Noye's Fludde. (Britten also composed original music for that other total art, cinema, with his collaborations on Alberto Cavalcanti's 1935 Coal Face and Basil Wright and Henry Watt's 1936 Night Mail being the most notable.) Likewise, it is the diegetic presentation of Britten's pedagogical-experimental Young Person's Guide to the Orchestra, early and late in the film, which telegraphs Moonrise Kingdom's own quasi-Brechtian separation of elements, with Mainer-type Bob Balaban, for example, presenting the film's narration in omniscient, on-screen direct address rather than in the more traditional voice-over.

With respect to the film's subject, it is Noye's Fludde, a "miracle play" that the director acted in during his adolescent years - in this sense it provides a means of accessing the filmmaker's personal history; a means of conjugating the aesthetic with the autobiographic - which is refashioned in the image of Anderson's arch narrative: the broken, in one sense or another, family unit that is reaffirmed if not actually reconstituted at picture's end. In Moonrise Kingdom we have both examples - however tentatively in the case of the former - with twelve year-old runaway "khaki scout" Sam (Jared Gilman) ultimately finding a new foster father in bachelor police-captain Sharp (Bruce Willis). Anderson indeed recomposes his new family following "the region's worst meteorological disaster of the second half of the twentieth century," a 1965 hurricane of Biblical proportions that comes as the small island community is preparing for its annual production of the Britten opera. In Max Fischer lookalike Sam and the clear-rimmed spectacled Captain Sharp (see the director), Anderson seems to be replaying both his own biographical-cinematic past, while also filtering his personal experience of divorce during his childhood years through the young lead. Moonrise Kingdom certainly qualifies as a deeply psychoanalytic cinema, though a cinema that has been displaced not only onto a faux-New England setting, but also four years before the Texan Anderson's birth.

Moonrise Kingdom is no less notable as an emblematic narrative for Anderson's "Generation X," both in terms of that familial breakdown that disproportionately impacted the children of the 1970s and also of the post-modern culture that would reach its cinematic apogee amid and immediately after the peak of the VHS era. Anderson's postmodernism to be sure is ever apparent in Moonrise Kingdom's constituent combination of high art and kitsch, in his narrative taste for inventory (and letter writing) and what amounts on some level to his construction of joke diegetic worlds. In his exploration of the latter, Anderson shows a predilection for fluid, metronymic camera movements, flash pans and hard comedic cuts, whether he is mapping the dollhouse-like space in which the lead Bishop family resides at Summer's End or showcasing Camp Ivanhoe to the rhythmic beat of a snare drum. As with Rushmore (1998) and the four features that would follow it, Moonrise Kingdom emphasizes the artifice which provides the major-key for Anderson's art; there is in his latest, as ever, a very strong sense of an extrinsic narrator behind this fetishized, if still largely invented world. His is a cinema of aesthetic mediation.

To Read the Rest of the Essay
Posted by Michael Benton at 10:33 AM