Triumph of the Will (Germany: Leni Riefenstahl, 1935) 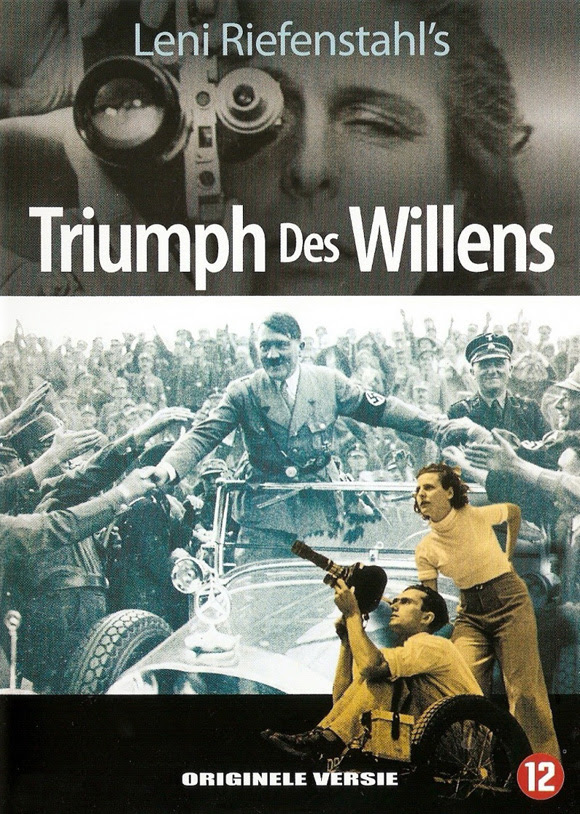 Olson, Dan. "Triumph of the Will and the Cinematic Language of Propaganda." Folding Ideas (Posted on Youtube: February 10, 2017)
One Hundred Years of Cinema. "1935: Triumph of the Will - The Power of Propaganda." (Posted on Youtube: January 21, 2018) ["Triumph of the Will is regarded as one of the most powerful propaganda pieces ever made, but how did the film advance the racist and anti-Semitic ideology of the Nazi party? What is the history of cinema as a tool of propaganda? Triumph of the Will is one of the most famous propaganda movies ever made. The films is a semi-documentary take on sixth annual National Socialist conference in Nuremberg in 1934, by director Leni Riefenstahl. It covers 4 days worth of speeches, parades and city wide celebration. It’s edited together out of hundreds of hours of footage, and it unveils the core message of the conference without commentary or inter title. Although it’s often praised as revolutionising the art of film propaganda, it actually adds very few techniques of its own, instead drawing on the decades of development in propaganda that came before. So lets take a look at the history of the propaganda film and how theses techniques were used by Riefenstahl to advance the Nazi Ideology."]
Rivas, T.J. "Cinematic Responses to Fascism." Film History and Aesthetics Wiki (A Project of Film 110: Introduction to Film History and Aesthetics at Westminster College)

Sontag, Susan. "Fascinating Fascism." Under the Sign of Saturn Farrar, Strauss, and Giroux: 1980.