[This serves dual purpose as resources for the film and an archive on Hannah Arendt as a thinker ... what the film is about.] 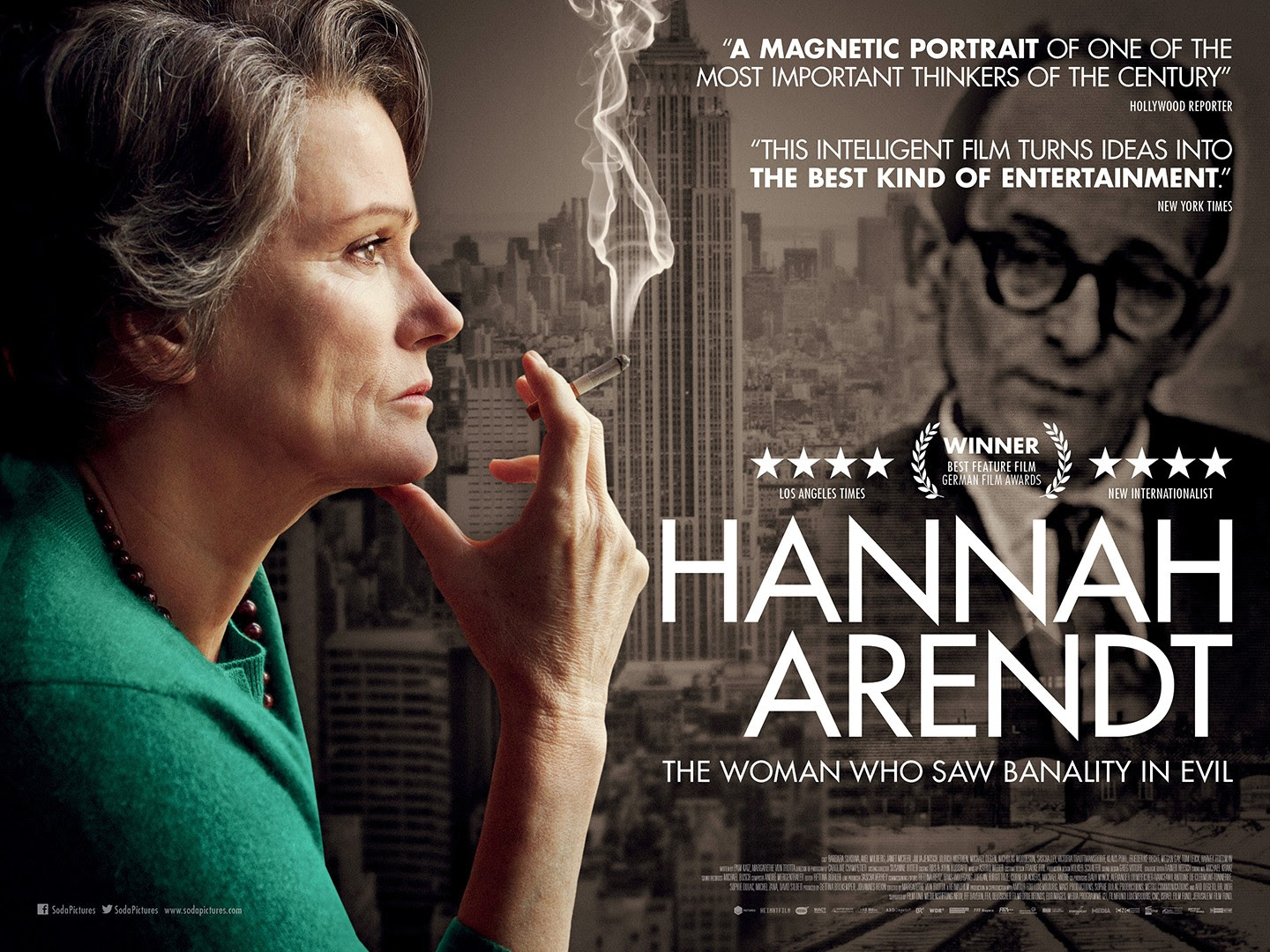 "Arendt." Mondoweis (Ongoing archive of articles/debates/opinions about Hannah Arendt and her writings)

---.The Origins of Totalitarianism. Meridian Books, 1962.

Atwood, Margaret, Roger Berkowitz and Sally Parry. "From Hannah Arendt to The Handmaid's Tale." The Sunday Edition (May 7, 2017)

Berkowitz, Roger, et al. "The Human Factor - Hannah Arendt." Ideas (June 26, 2016) ["Hannah Arendt's best-known work, Eichmann in Jerusalem: A Report on the Banality of Evil was based on her reporting for The New Yorker magazine about the trial of Adolph Eichmann. The book made her both famous and infamous. Eichmann had been one of the principal architects of the Nazi holocaust against the Jews, in which six million people died. Captured in Argentina after the war and brought to Israel, the spectacle of Eichmann on trial riveted the world."]

Brody, Richard. “Hannah Arendt and the Glorification of Thinking." The New Yorker (May 20, 2013)

Butler, Judith. "Hannah Arendt's challenge to Adolf Eichmann: In her treatise on the banality of evil, Arendt demanded a rethink of established ideas about moral responsibility." The Guardian (August 29, 2011)

Ellis, Marc H. "Exile and the Prophetic: Arendt vs. Wiesel at the crossroads of Jewish empire consciousness." Mondoweiss (June 12, 2013)

Jones, Kathleen B. "The Idea of a Common World: Ada Ushpiz’s Vita Activa: The Spirit of Hannah Arendt." The Los Angeles Review of Books (April 29, 2016)

The Living Dead (BBC: Adam Curtis, 1995: Three 60 minute episodes) [Michael Benton: While watching Adam Curtis' BBC documentary 'The Living Dead' (the first episode "On the Desperate Edge of Now") I was struck by its revelations in regard to Arendt's writings about Eichmann. This episode is partially about the 1945/1946 Nuremberg Trials of the NAZI leaders captured at the end of the war. It examines how these trials were used to obfuscate the realities of the NAZI rise to power and their motivations for war (and in turn the Allies motivations/actions). In particular when Hermann Göring testified about the NAZI rise to power and drive to war. It made the victorious forces nervous - the realities of how you motivate and control the masses cut too deep into their (the victors) own machinations. In response, they turned this show trial into a tale of the evil NAZI monsters, going so far as to silence/suppress the testimony of the accused. In this way they rewrote the war, making it into a fairy tale of the righteous victors and vanquished evil monsters (keep in mind this was a war of imperial powers struggling to control the world). Equally important it examines the cost of this move to repress the difficult realities for a more easily controled fantasy narrative. The repression within German society would erupt in the 1960s into a full scale cultural/social war as a new generation wanted to know why, how and whom. Hannah Arendt would have known well the events of the Nuremberg Trial and remember how this demonization process worked out. Keep in mind, the trial was not intended to mislead those that experienced the war, instead it was used to rewrite the war for future generations. Arendt knew that painting a picture of monstrous evil blots out the realities of human action - individual and collective. She knew it would do little to bring understanding ... something she valued intensely.

Rubenstein, Richard L. The Cunning of History: The Holocaust and the American Future. NY: Harper Colophon, 1978. [excerpts from pages 15-33]

Said, Hammad. "Relevance of Hannah Arendt’s 'A Report On The Banality Of Evil' To Gaza." Counterpunch (July 28, 2014)

Stonebridge, Lyndsey. "Thinking and Friendship in Dark Times: Hannah Arendt for Now." On Being (May 18, 2017) ["Along with George Orwell, the 20th-century political theorist Hannah Arendt is a new bestseller. She famously coined the phrase “the banality of evil” and wrote towering works like The Origins of Totalitarianism. She was concerned with the human essence of events that we analyze as historical and political. Totalitarianism she described as “organized loneliness,” and loneliness as the “common ground for terror.” The historian, she said, always knows how vulnerable facts are. And thinking is not something for elites; it is the human power to keep possibility alive."]

Zinn, Howard. "The Problem is Civil Obedience." (1970) Source The Zinn Reader published by Seven Stories Press and reproduced on The Information Clearinghouse website (No Date for the post on the website - also on History is a Weapon)