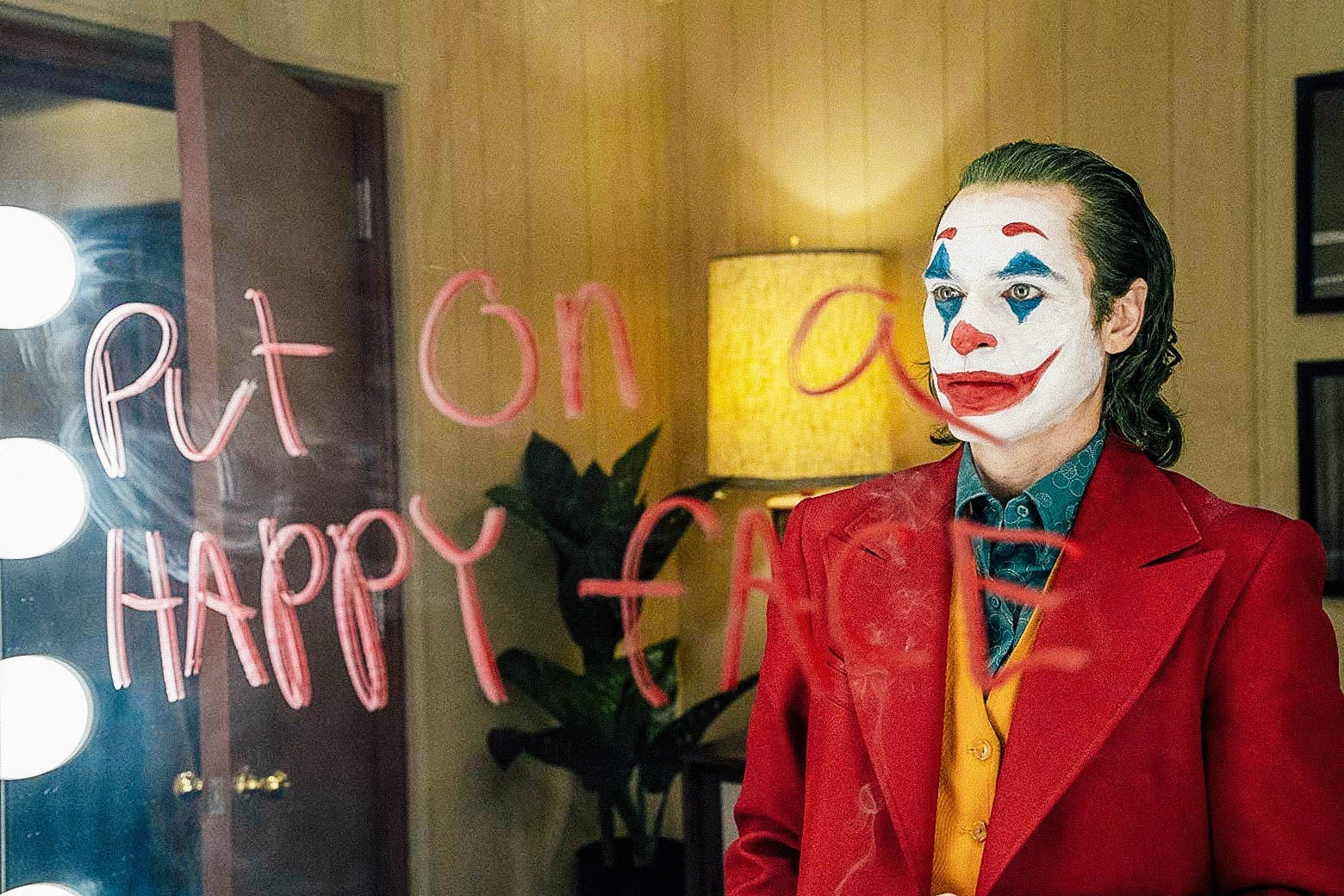 Adkins, Ashleigh. "The Joker: “When Laughter and Medicine Fail the Psyche." Letterboxd (October 25, 2019)

DeVega, Chauncey. "Joker: A harsh indictment of neoliberalism and gangster capitalism." Salon (October 9, 2019)
Koski, Genevieve, et al. "The Man Who Laughs, Pt. 1 - The Dark Knight." The Next Picture Show #196 (October 15, 2019) ["The narrative and tone of Todd Phillips’ latest is heavily inspired by TAXI DRIVER and KING OF COMEDY, but given the attention paid to the work of Martin Scorsese on this podcast of late, we decided to look at Phillips’ new JOKER in tandem with a more literal cinematic predecessor: Christopher Nolan’s THE DARK KNIGHT, featuring Heath Ledger’s posthumous Oscar-winning performance as the Clown Prince of Crime himself. In this half we consider Ledger’s Joker in the context of a film that took a radically different approach to the comic-book movie and its villains, debate some confounding plot specifics—and whether they ultimately matter that much to one’s enjoyment of the film—and try to remember what it was like experiencing DARK KNIGHT independent of the subsequnt superhero movie deluge it helped spawn."]
---. "The Man Who Laughs, Pt. 2 - The Joker." The Next Picture #197 (October 22, 2021) ["Todd Phillips’ new JOKER gives a concrete origin story to a character who, in Christoper Nolan’s 2008 film THE DARK KNIGHT, willfully obfuscates what turned him into Gotham’s Clown Prince of Crime. In this second half of our look at two grim-and-gritty takes on the character, we examine JOKER, and some of the discourse around it, in an attempt to pinpoint meaning within an audacious and violent film, and consider how it fits into Phillips’ filmography of put-upon males processing rejection; then we dive into how it connects to DARK KNIGHT, not just in its treatment of the Joker, but also its depiction of Gotham, and its considerations of class and morality."]