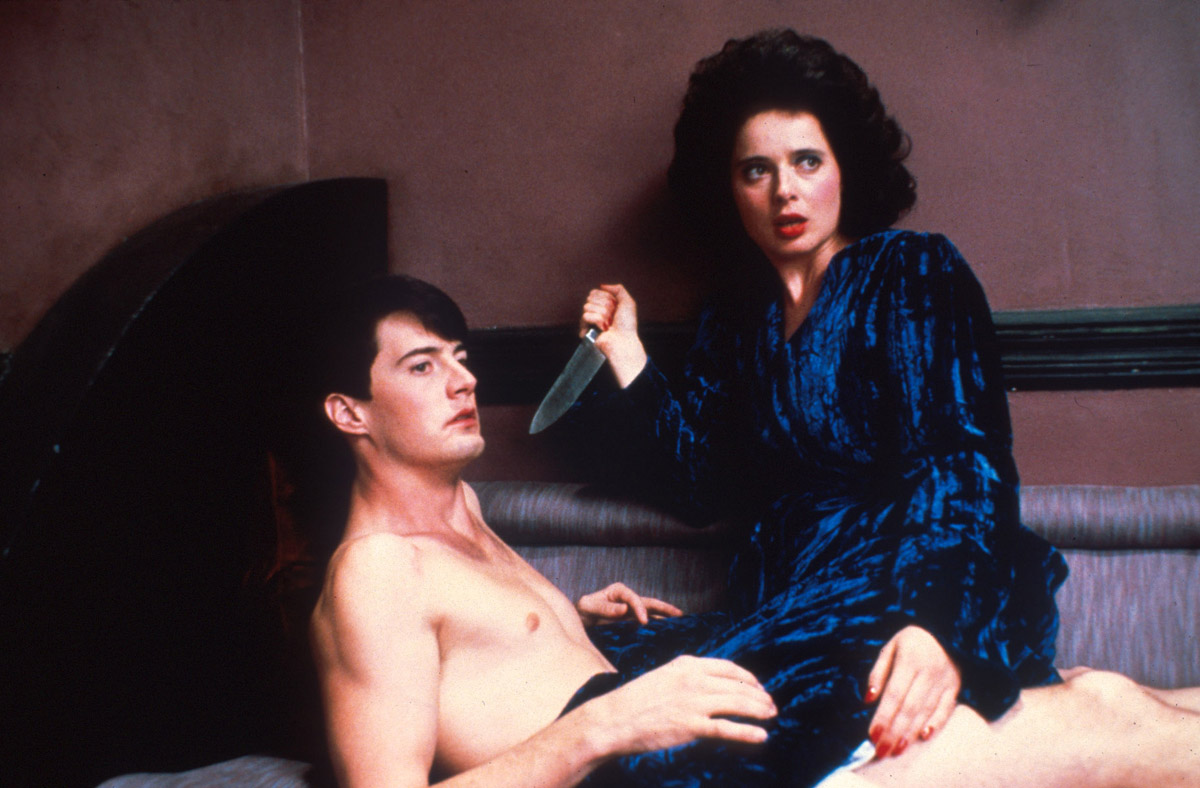 Heath, Roderick. "Blue Velvet (1986)." Ferdy on Films (October 22, 2018) ["Part of Lynch’s shrewd humour lies in his way of conceptualising evil, no matter how inflated and perverse, as something readily understandable to a young man like Jeffrey. Frank is a school bully inflated to the nth degree, with his coterie of giggling companions, existing purely to dominate and humiliate. At first Frank might seem too wilfully extreme, too bizarre a creation to offer social commentary. But Lynch makes clear when he glimpses Frank watching Dorothy perform and when he adopts his “well-dressed man” disguise he’s capable of acting sufficiently ordinary to move amongst daylight people. Normality is a guise he puts on but for him the pleasure of, and motive for, his criminal activities is the way they allow him to mostly dispense with his own, specific veil of behaviour, the one that stands between the inner, id-driven man-child that operates through whim and appetite and what it wants, alternating cruel tantrums and displays of jarring, fetishistic neediness that manifests in the need to control. His random habit of plucking out a facemask and huffing on some gaseous intoxicant makes him look like in turn vaguely insectoid and cyborg, a creation born in the primal age and just at home in a post-apocalyptic landscape. He casts Dorothy as lover, mother, slave, and psychic ashtray, needing to know only what it takes to make her conform to his will. It’s a siren song Jeffrey experiences too, the shocking mainlining thrill of walloping pretty white flesh and watching it turn purple. Lynch never tries to state whether Dorothy’s masochistic streak is a by-product of guilt and anxiety over her family or if it’s a more intricate aspect of her nature, and perhaps it doesn’t matter; everyone is the by-product of their grazings against other bodies and wills, forming and malformed. In the end Jeffrey seems to be just as compelled to place himself under Frank’s fist as her, as if he senses pain is a profound contract with reality that must be paid one way or another."]