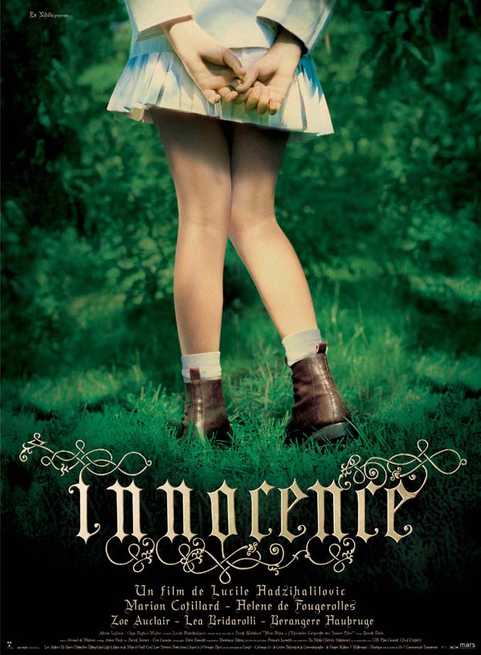 Banks, Julie. "Innocent When You Dream: Affect and Perception through Lucile Hadzihalilovic’s Innocence." Screening the Past (September 2013)

Singer, Leigh. "The New Canon: Innocence." Fandor (Posted on Youtube: September 30, 2018) ["The dedication that ends Lucile Hadžihalilović’s debut feature Innocence is “à Gaspar” (“to Gaspar”), a tribute to her then-partner, notorious film provocateur Gaspar Noé (Irreversible, Love, Climax et al). Given that Innocence is based on a work by another controversial artist, German author Frank Wedekind, who is somewhat infamous for writing the plays, Pandora’s Box and Spring Awakening – both of which delve into taboos of youthful sexuality, lust and violent power games centered on young girls, who are forced into an unforgiving regime of display, performance, and subjugation — you might well fear the worst. You might fear — as in the title of another Noé film — “enter the void.” Instead, Hadžihalilović produced a suggestive, seductive scary tale. Rather than the in your face, combative type of film that is typical of her former paramour, she instead quietly slips inside your head, and attacks from the inside, out. The beauty of her images – all outdoor scenes shot in natural light – are juxtaposed with the sinister connotations so many of them hold. These quiet horrors are heightened since we, the audience, understand that the young women, by virtue of their age, inexperience, and, yes, innocence, have little concept of the undercurrents occurring in the film. I say potential because Innocence thrives, even flourishes, on its ambiguities, its allusions and what it often doesn’t show. It’s that rare film you can come away from feeling that you have both “figured it out” and also felt that you couldn’t pin it down. It can take an obvious, indisputably awful thing – like exploiting young girls for their physical allure – and hold it up to the light from a different angle and find something even more disturbing. In watching Innocence we learn how the darkest impulses may be our very own."]