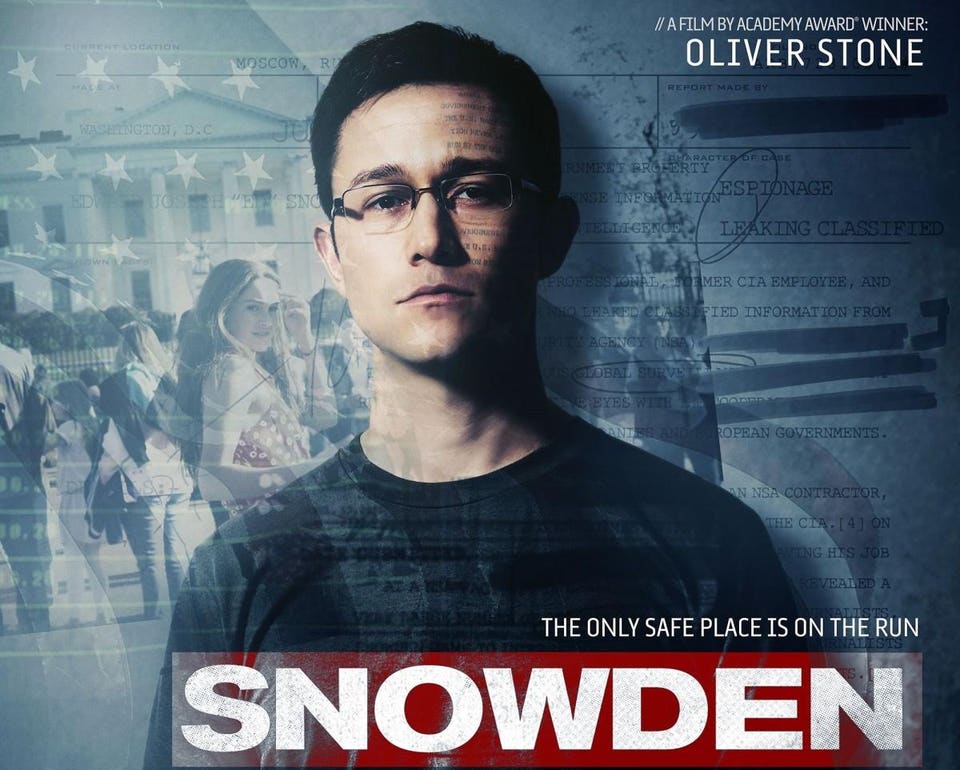 Gordon-Levitt, Joseph and Oliver Stone. "On Making New Film Snowden, Humanizing World's Most Wanted Man." Democracy Now (September 14, 2016) ["As the much-anticipated movie Snowden, about one of the most wanted men in the world, hits theaters, we spend the hour with its director, Academy Award-winning filmmaker Oliver Stone, and the actor who played Snowden, Joseph Gordon-Levitt, and feature clips from the film that tells the story of how NSA whistleblower Edward Snowden exposed massive surveillance programs by U.S. and British intelligence agencies. "Our goal was to humanize the man, to bring you … the feeling of his life," Stone says of Snowden, who he notes was originally politically conservative and tried to enlist in the military to serve in Iraq but joined the CIA instead."]

Snowden, Edward. "Permanent Record: Why NSA Whistleblower Edward Snowden Risked His Life to Expose Surveillance State." Democracy Now (September 26, 2019) ["Six years ago, Edward Snowden leaked a trove of secret documents about how the United States had built a massive surveillance apparatus to spy on Americans and people across the globe. Snowden was then charged in the U.S. for violating the Espionage Act and other laws. As he attempted to flee to Latin America, Snowden became stranded in Russia after the U.S. revoked his passport. He has lived in Moscow ever since. Snowden just published his memoir, “Permanent Record,” in which he writes about what led him to risk his life to expose the U.S. government’s system of mass surveillance. From Moscow, he speaks to Democracy Now!’s Amy Goodman and Juan González about his life before and after becoming an NSA whistleblower." Part 1: "'Financial Censorship Is Still Censorship': Edward Snowden Slams Justice Dept. Lawsuit Against Him."  Part 2: "Edward Snowden Condemns Trump’s Mistreatment of Whistleblower Who Exposed Ukraine Scandal." ]