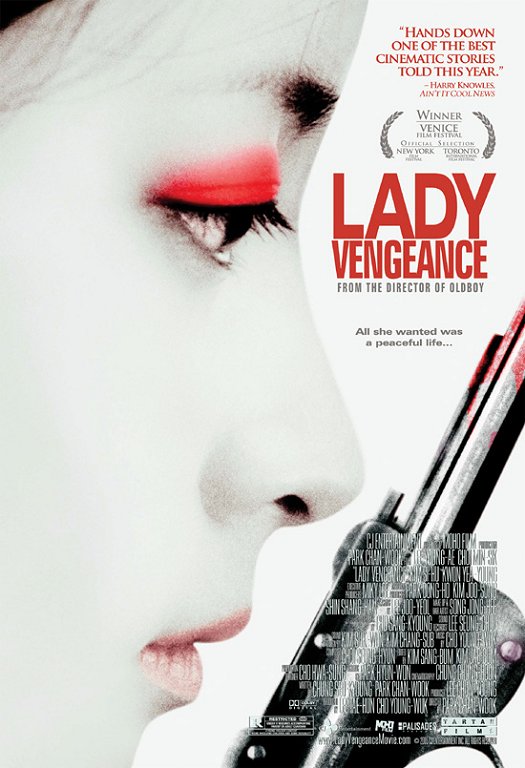 Benton, Michael. "Violence and Film: Audience-Experience as a Factor in Our Reception of a Film." Dialogic (January 10, 2007)

Castle, Robert. "Disturbing Movies or, the Flip Side of the Real: Disturbing movies shouldn't equivocate." Bright Lights Film Journal #44 (May 2004)

Grossman, Andrew. "Bleeding Realism Dry or How to Turn One's Back on a Tyrant: The cripplingly small-minded art of verisimilitude becomes crippled by its own technology." Bright Lights Film Journal #37 (August 2002)

Kim, Se Young. "A Sociohistorical Contextual Analysis of the Use of Violence in Park Chan-wook's Vengeance Trilogy." (A thesis presented to the faculty of the College of Fine Arts of Ohio University: June 2010)

László, Tarnay. "On the Metaphysics of Screen Violence and Beyond." Apertura (2008)

Raymond, Marc. "From Old Boys to Quiet Dreams: Mapping Korean Art Cinema Today." Film Criticism 42.1 (March 2018) ["This essay theorizes Korean art cinema today through an analysis of domestic festivals (especially Busan, Jeonju, and Bucheon), major festivals abroad (particularly Cannes, Berlin, and Toronto), and various other institutions in order to provide a comprehensive mapping of how art cinema within Korea currently operates. Using sociological theories of taste pioneered by Pierre Bourdieu, the paper shows how the dominant name auteurs of Korea, particularly Park Chan-wook and Lee Chang-dong, were established through international festivals, beginning in the 1990s but exploding in the 2000s, at the same time as Korean films began to compete with and surpass Hollywood films at the local box office. These filmmakers were shaped by the changing ideas of art cinema globally, as theorized by scholars such as David Andrews, and the dominance of these figures thus helped shape the domestic festivals, with younger Korean directors often following within these traditions. The rise of the domestic box office helped create an independent cinema within the country, not unlike the emergence of indie cinema in the United States during the blockbuster era, which had the consequence of both increasing opportunities for young directors while often pigeon-holing them into narrow niches."]
Sepytyte, Agne. "Sympathy for Lady Vengeance." The Asian Cinema Blog (December 4, 2013)
Smith, Damon. "Acts of Revenge: Director Park Chan-wook Discusses Lady Vengeance and More." Bright Lights Film Journal (August 1, 2006)